VIETNAM ACADEMY OF SCIENCE AND TECHNOLOGY INSTITUTE OF GEOGRAPHY

On April 28th, 2022, with the consent of the Party Committee of the Vietnam Academy of Science and Technology (VAST), the Party Cell of Institute of Geography (IG) held a ceremony to admit new Party members.

Two elite masses, after a period of training, were admitted by the Party Committee of VAST to become members of the Communist Party of Vietnam, including:

Comrade Chu Thi Van, staff of Division of Administration
Comrade Nguyen Thi Lan Huong, staff of the Division of Geographical and Environmental Analysis Laboratory
At the ceremony to admit new party members, the Party cell assigned Party members to help new members complete their tasks during the 12-month probationary period and assigned new members to the specific group of the IG Party cell.

Some pictures at the admission ceremony 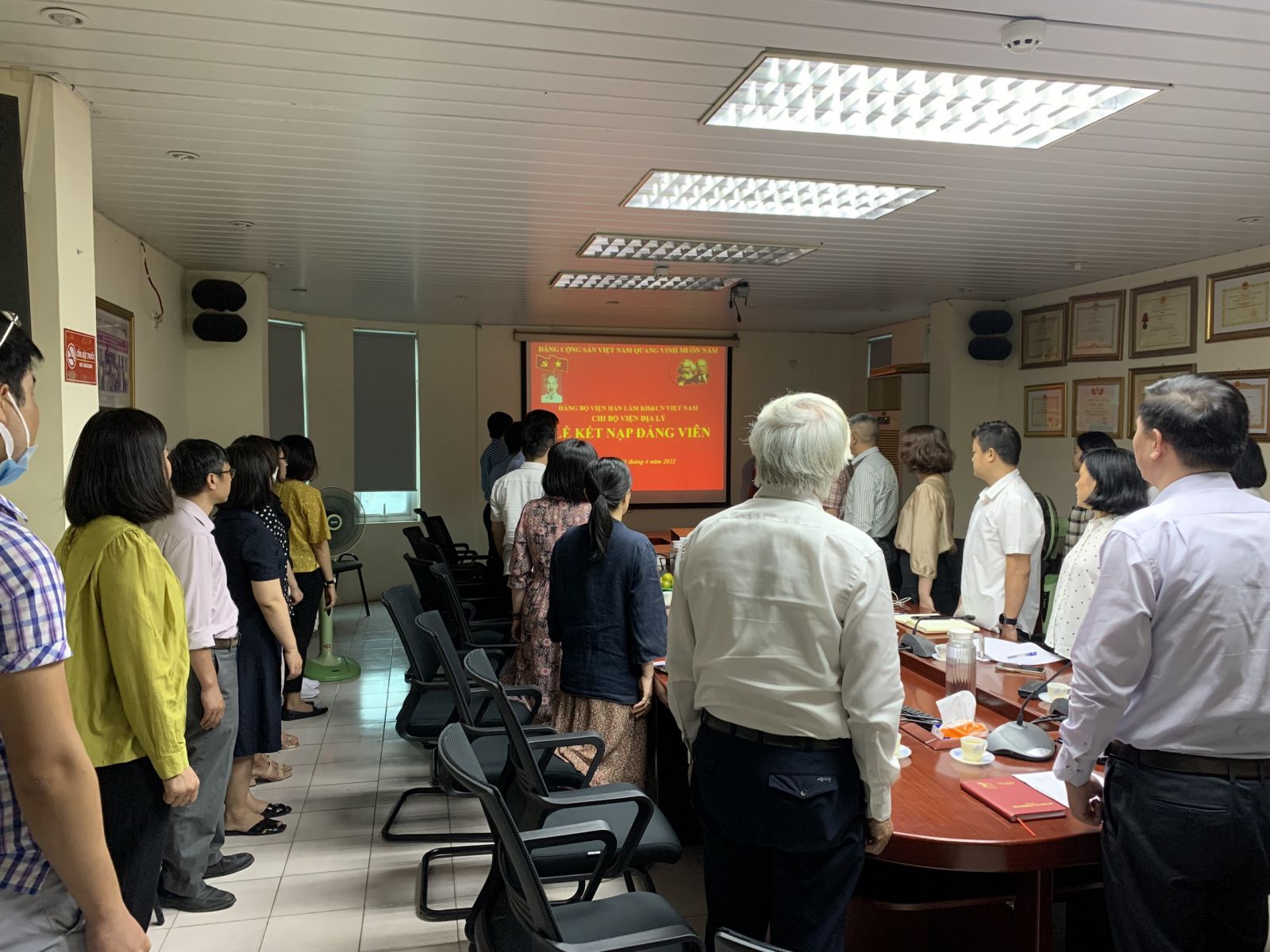 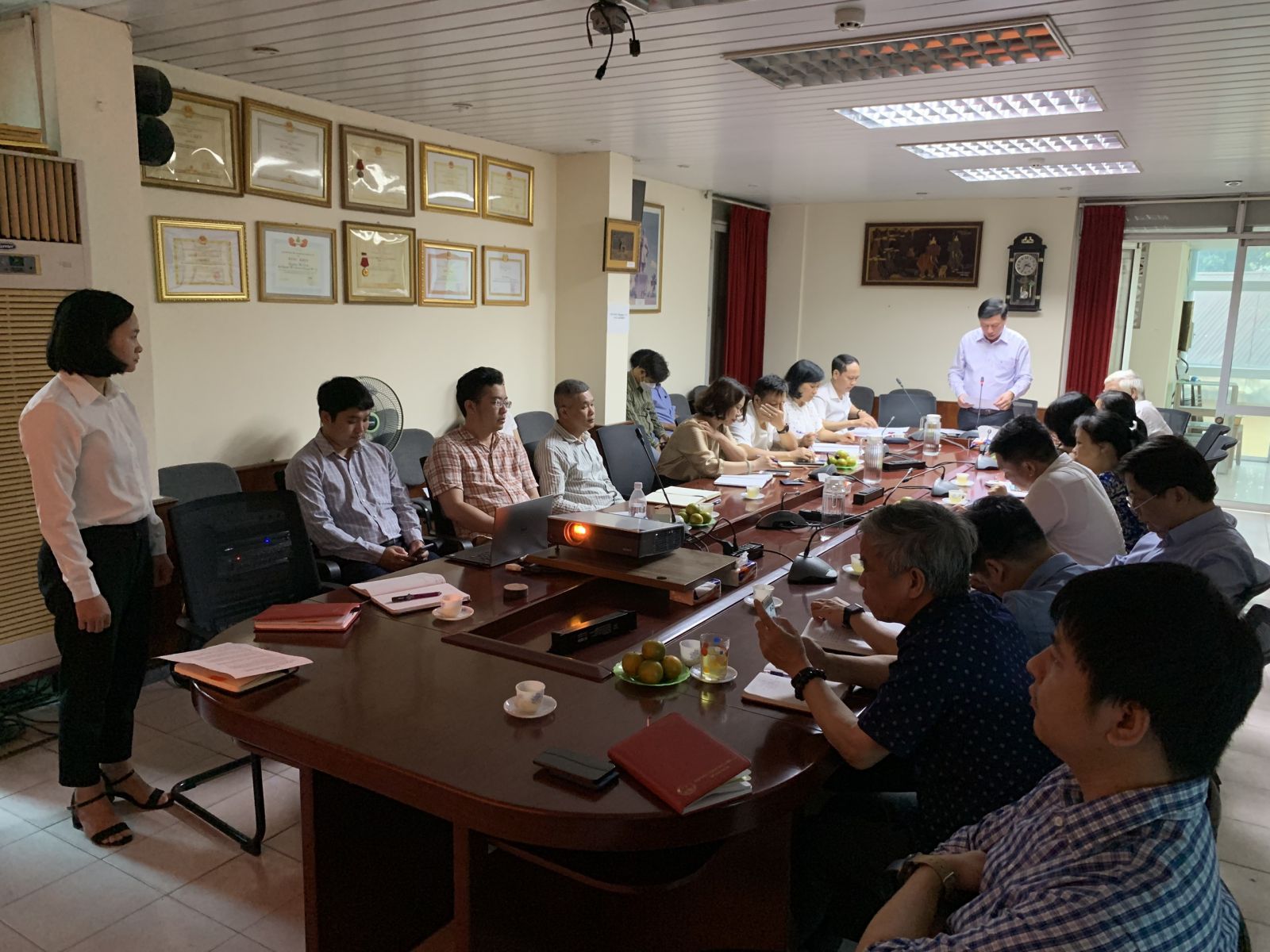 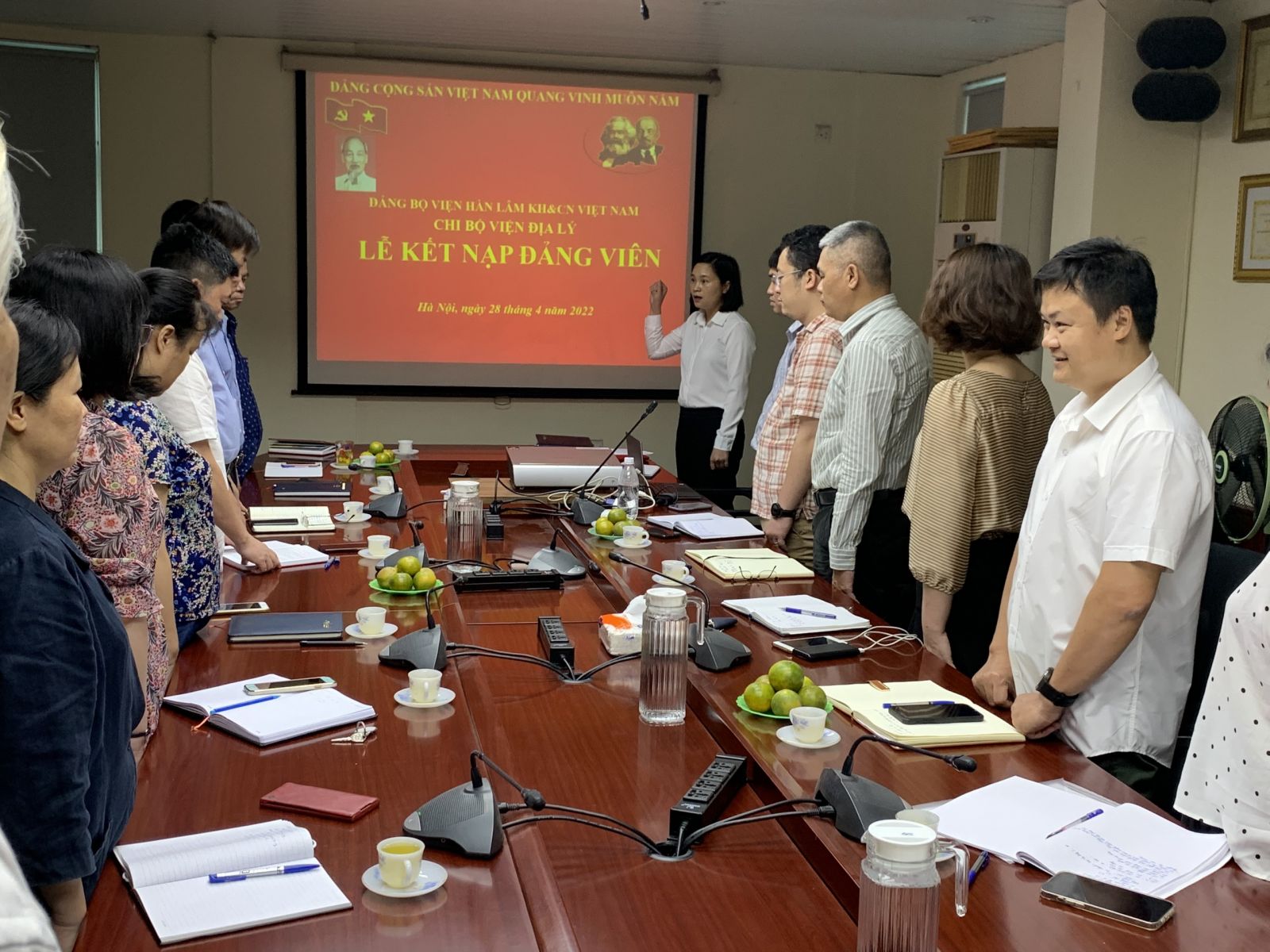 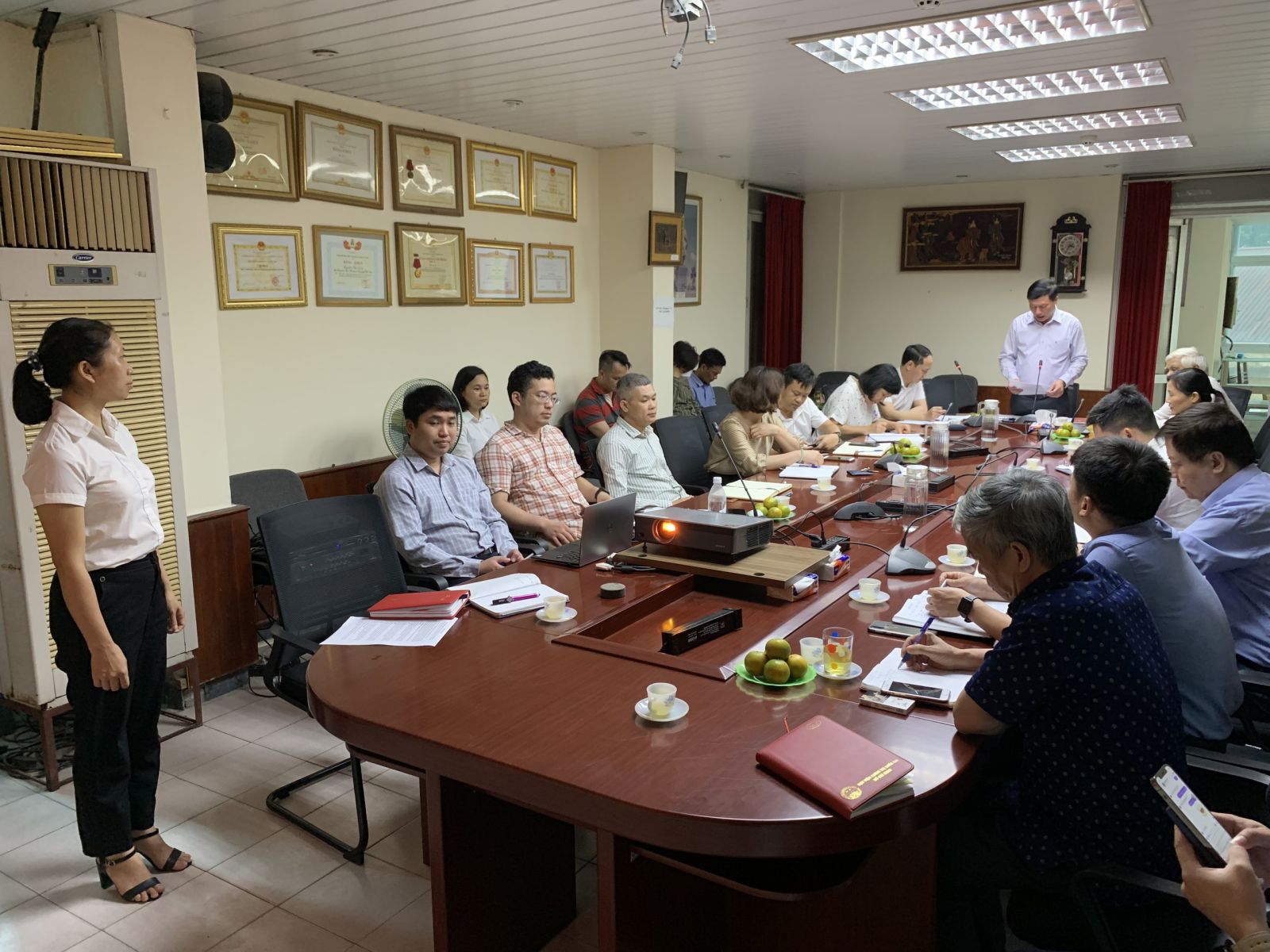 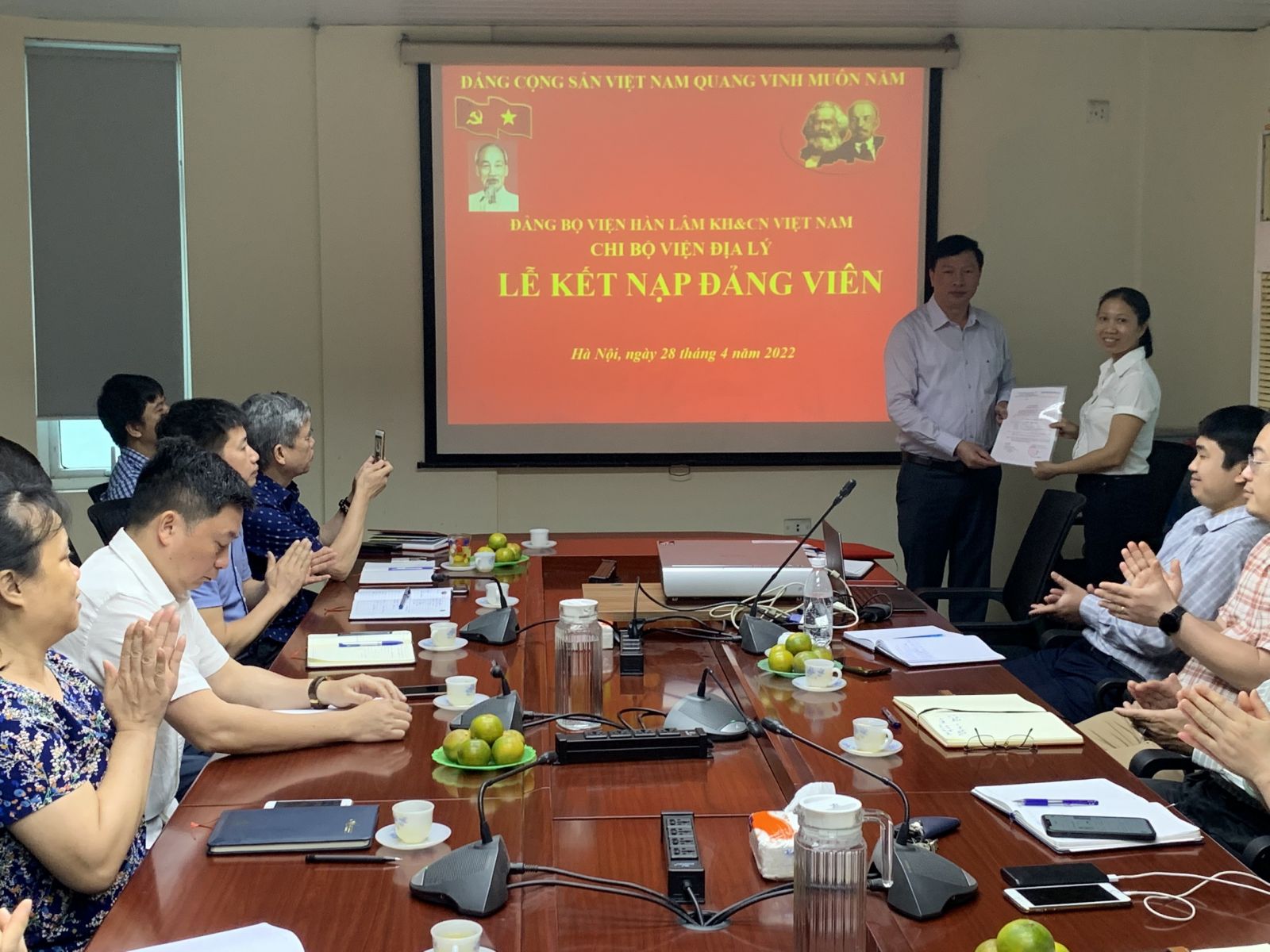 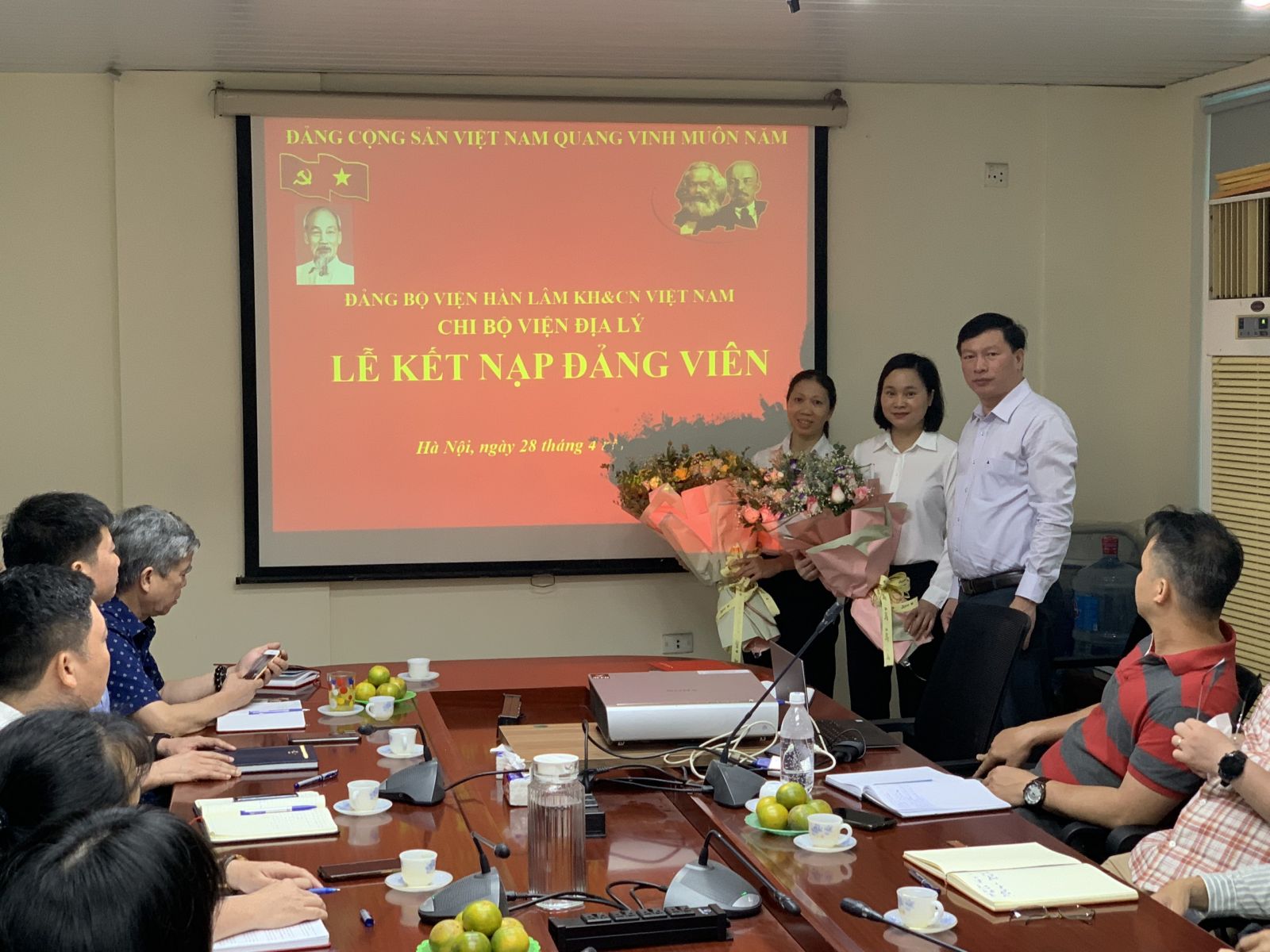 Introduction of monographs: Vietnam Coastal Zone - structure and natural resources 27/04/2015
View all
Links to other websites

The Institute of Geography - Viet Nam Academy of Science and Technology